“Many people suffer less in prison than in their marriages”

We met slightly before the crisis. When one could still freely enter a restaurant, order a schnitzel and drink a beer. The world of yesterday. I had spent my winter entertaining myself with Ferdinand von Schirach’s bone-chilling stories. Children lapidating an old blind man on the way to school, a husband chopping his wife into pieces in his cellar, a man falling in love with a doll ordered on the internet. Von Schirach manages to make you doubt the villainy of each one of his characters. As if most crimes were the result of unfortunate circumstances, a split moment in which his protagonists lose track of their agency. His writing is factual, free of any personal reflection and pathos. Never does he judge. He merely illustrates. The good and the bad don’t exist for Ferdinand von Schirach. Guilt, punishment and responsibility, however, are concepts which are essential to his work. “The real punishment isn’t the one which is pronounced in trial,” he says, “it’s the one which lies within yourself. To forgive the other is possible, but not to forgive oneself.”

Before becoming a successful writer, he worked as a criminal lawyer in Berlin for over 20 years. His first book Crime, a collection of short stories inspired by his experience as a criminal lawyer, was an immediate success and listed among the top national best-sellers shortly after being published. He counts as of today a little more than 10 plays, collections of short stories and novels which can all be binge-read with great pleasure and entertainment. He is for sure at ease with interviews, an activity which he seems to practice frequently. Any questions about his family are put aside. For the record, von Schirach is a difficult name to be associated with, especially in Germany. His grand-father, Baldur von Schirach was convicted at the Nuremberg trail in 1945 for crimes against humanity. He was at the head of the Hitlerian Youth movement and Gauleiter and Reichsstatthalter in Vienna during the second world war. This subject is, understandably so, delicate to mention. As Ferdinand von Schirach explains himself in some of his interviews he has little tolerance for those who constantly come back to this dark side of his family’s past. What does he have to do with it? Precisely, everything and nothing. Before Baldur von Schirach’s existence, the Schirach family relished in an aura of grandeur and aristocracy. It took the deeds of one single man to stain the family name forever. I had promised myself not to mention this topic, but on the spot, my inquisitiveness took over. My grand-father had been in Vienna while his grand-father was in Vienna, with the only difference being that his was a powerful Nazi and mine a poor Jew. I told him that there was surely some poetry to find in the fact that we were, two generations later, meeting for coffee in Berlin. An excuse that might have worked; or not.

Out of fear of poverty. I wanted to write but I was afraid it wouldn’t work. I was convinced that the anxiety of being poor nourished my depression. So, to prevent myself from further depressive episodes,I decided to study law. Today of course, I realize all this was quatzsch, nonsense. But one often only understands one’s decisions when looking back.

Did you write as a child?

Yes. I started writing around 12 years old or so. Mostly theater plays and, as every young boy, Dichtung - poetry. My first play was on Les Trois Mousquetaires. I only had two actors, yet it worked out!

For sure. Constitutional law – how to organize a society in which one is free, or criminal law, understanding the mechanism of guilt interested me and still interests me today. Civil law on the other hand, who obtains the money of whom, has always seemed terribly boring to me and I never could I have managed to work in this field.

You were also a very successful criminal lawyer.

I was mainly lucky. If I’m honest, I considered myself as an actor in this profession. The one who played the lawyer. As if one day, someone would enter the courtroom and reveal my game. Say, “Him over there. He is a fake lawyer.” I had the impression the trials I won were mainly due to some magic trick rather than to my own doings. But you know, in criminal law, a minimum of social skills enables you to go very far. The essential skill one needs in this profession is to know how to ask questions.

Do you ever feel you are playing the writer?

No! Writing for me is real. When I look back, I realize my studies in law and my work as a criminal lawyer were in fact an interruption of what I really wanted to do: to write. 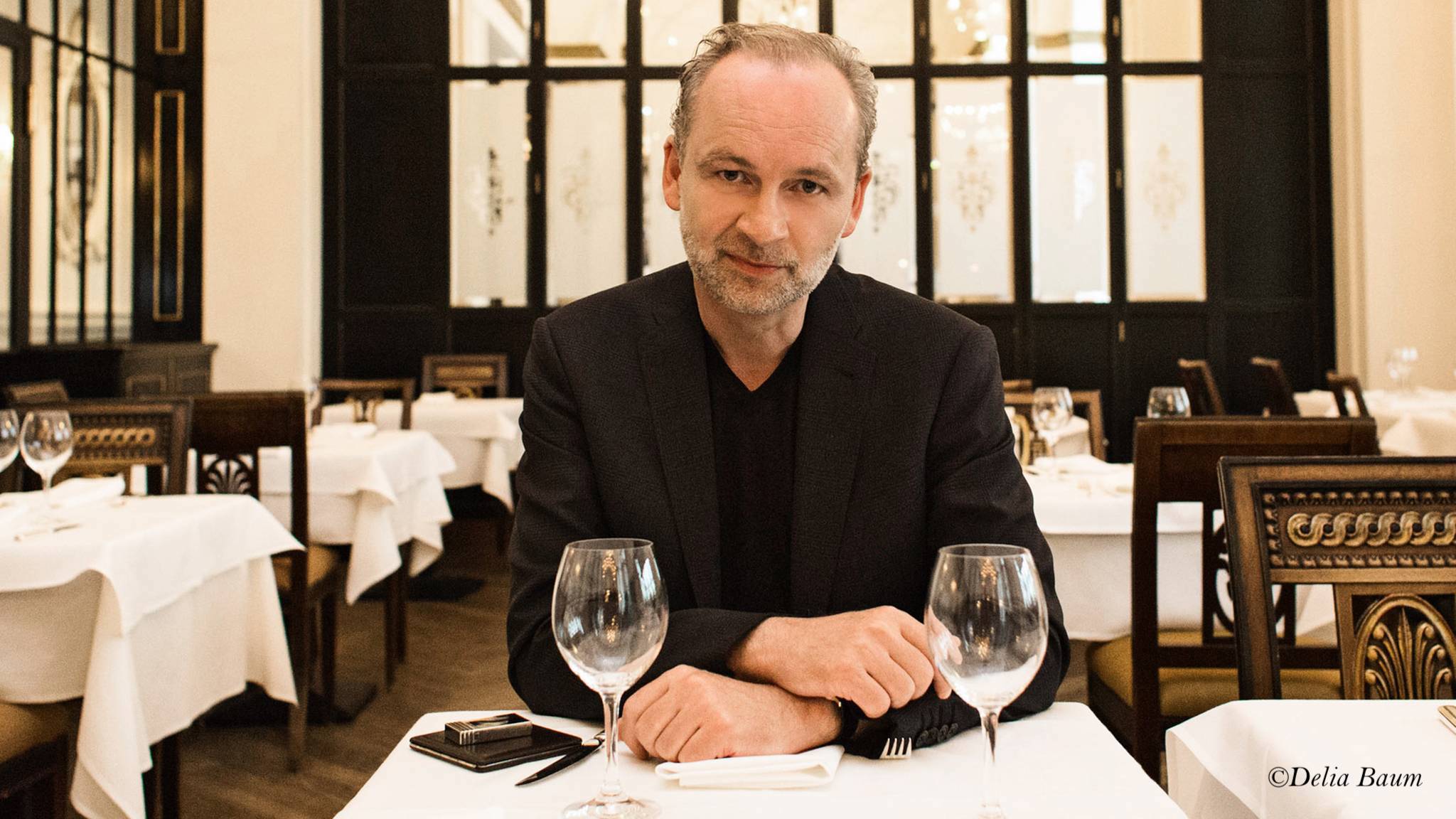 How does a typical day unfold for you now that you are a writer ?

I write between three and three and a half hours every day, all year round, including on my birthday and on Christmas. This is equal to one page a day. When I reach 150 pages, I have a book. When this is done, I go out to lunch. I then go home to have a nap, wake up, reread what I wrote in the morning. I spent my afternoons responding to correspondence, readings, interviews and so on. In the evening I go out for diner and then back home to bed.

Never in my whole life.

Not even Bayern-Munich on television?

Your phrases are concise and clear, exempt of atmospheric description and feelings. How did you find your style?

It’s always been that way. I hate pathos. The challenge of writing is simplicity. To write clearly. And that’s my aim. Clarity. To give images to the reader, like in a movie. A man with a hat enters a restaurant. Your man is not my man, but it doesn’t matter. Describing his actions will give you more information than extensively defining the color and texture of his hat by adjectives. Unfortunately, Germans still believe that the more a text is complicated, the more grandiose it is. We still live with the Martin Heideggerian idea that simplicity equates to the death of philosophy. 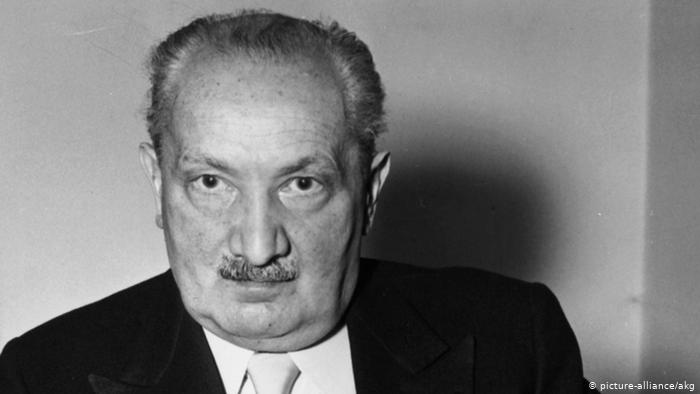 Your style imposed itself without any inspirations or favorite authors?

My favorite author remains Thomas Mann. Yet, his style and the themes he explores - how to lead an artistic life in a bourgeois society – are very far from mine. But you know, if you start writing at 20 or 25, you are still seeking your style. You’re insecure about who you are, you look left and right. Before you turn 40, people project all sorts of things onto you. Whereas when you start writing at 45, like I did, you know who you are, you have figured out your way of seeing the world.

In your autobiography Kaffee und Zigaretten, you mention your suicide attempt when you were 16 years old. Result you say, of your depression. How do you cope with this condition today?

Depression is part of who I am. It comes by periods and it’s nothing other than darkness. It started when I was 14. Ever since, I try to keep it as far as possible. When it comes, I have to cope with it and wait for it to vanish again.

Isn’t committing suicide one of the most lucid and rational actions ever?

No. It destroys people around you. We belong to a society, an environment of friends and family. Committing suicide harms the other so brutally that it’s for me a sufficient reason not to do it.

Judges pronounce penalties. They send people to prison without having ever spent time in prison themselves. Do they know what they are doing?

They are maintaining society’s equilibrium. One needs to imagine society as a lake or a large cloth whose evenness needs to be preserved. If someone or something disrupts this order, justice will try to restore it. Punishment fulfills this objective.

Do judges believe in the utility of the punishments they impose?

You cannot be a good judge if you don’t believe in this system. And it’s not a question of good or bad. No one believes any longer in the possibility of making human beings better people. Yet, to assure a degree of freedom within society, the law needs to be applied. Today more and more people question the fundamentals of modern justice. They maintain that free-will is illusionary. And it may well be true, but it’s not the point. What matters is to believe in it. Without free-will, we are doomed to destruction.

Yet, isn’t prison a pathological sanction?

In Germany at least, and I suppose it’s the same in Switzerland, prison isn’t as cruel as you may think it is. It’s for sure a dark place, but where one can live. Many people suffer more in their marriages. 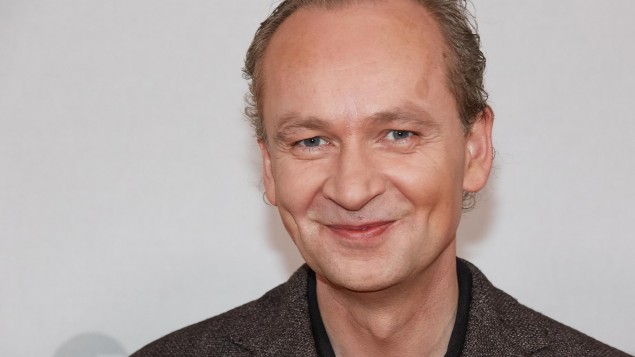 Your grandfather, Baldur von Schirach, was found guilty of crimes against humanity at the Nuremberg trial in 1946. Guilt is a central theme to your work and constitutive of the German post-war culture. Does your family heritage play a role in your sensitivity to this theme?

You have nothing to do with what happened in the past. Isn’t it unfair that this historic responsibility falls on you?

It’s part of our society. It’s one of the raison d’Etat of our German post-war society. We are speaking of the biggest crime ever committed in history

This can be discussed.

No discussion around this. It may be that Stalin was a horrible person. But here we are speaking of a cultivated nation, in the center of Europe, with philosophers like Kant and Schopenhauer, Beethoven and Mozart and who murdered six million people for a matter of religion. This is unique. And it seems logical to me that today this same nation takes responsibility for its past actions. I’m not here speaking of guilt here, which is a personal matter, but of responsibility.

Your cousin, Benedict von Schirach, best-selling author of Swiss publishing house Diogenes, changed his name to Benedict Wells. Way for him to distance himself from the weight of your name.

You don’t change anything by modifying your name. You remain the same person. Through my name, I’m bearing a heavy responsibility towards the present and the future. And it’s also most probably because of this name that I’m trying to do things differently. Fleeing this name would imply that I’m fleeing my responsibility. For me this wouldn’t be a way of living.

Let’s say you are a philanthropic billionaire and you are obliged to give away some of your money. To which cause would you give?

I’d give it to the Gates Foundation. I think they do a lot of good things.

If you could reincarnate, choose the era, the country, the profession, a personality, legend, anything, what would you choose?

A rich guy in the 1920’s. In New-York, Berlin, Paris or Shangai. I love the style of this epoque. The clothes, the car, no internet, no telephone.