“Boris Becker was my childhood hero”

Born in 1970 in Zweibrücken, Germany, Norman Ohler is a German writer and author of best-seller Blitzed, the first historical investigation that covers the consumption of drugs under the Third Reich. His most recent non-fiction book, The Bohemians, tells the true story of two young lovers, Harro and Libertas, who led the biggest anti-Nazi resistance in Berlin under the swastika.

I interviewed Norman Ohler on the 7th of October 2021 over a bowl of rice and a coke at the main train station of Cairo, Egypt. Earlier that day, we visited the Pyramids. I followed him up the dunes and through the narrow tunnels that led us to the King’s Chamber, an empty dark space situated in the center of the Pyramid of Cheops. When we arrived, he switched off the two air conditioning machines that were cooling down the room and climbed inside the granite sarcophagus that had once hosted, it is believed, Cheops’ mummified corpse. ‘’I want to hear the sound,” he said, “the humming frequency of the King’s Chamber.” He lay down and closed his eyes. Half a minute later, a group of tourists entered the room, took one million pictures of basically nothing, and, as if in a rush, disappeared again down the tunnel.

Norman Ohler came out of the sarcophagus and told me that in 1997, he had done an LSD trip in which he met Horus, the falcon-headed Egyptian god. “I was on the bed of a hotel room with a view on the Cheops' pyramid,” he said. “At some point I saw the inner energy of the pyramid culminate into an eye. My girlfriend, who was lying next to me, saw it too. The eye turned into the falcon-god Horus, which detached itself from the pyramid, flew towards us, came through the closed hotel window, passed over our bed, stared at us and left through the door. He had sensed us sensing him.”

Sitting at the Cairo Train Station, his face pale and looking slimmer than ever, Norman Ohler asked me why people were always afraid of everything. He didn’t seem in the slightest bothered by the fact that he had caught a bug that was requiring him to spend hours in Egyptian public bathrooms with no water. “How can one be afraid?” he said. “Afraid of what?”

When two robbers broke into his hotel room in the middle of the night in Buenos Aires, tied him to his bed with rope, a charged gun to his forehead, threatening to come back and kill him if he gave them the wrong pin for his credit card, Norman Ohler gave them the wrong pin. “I knew they wouldn’t come back,” he said. I asked him if he found all this amusing to live like some kind of superman who can’t fly. He stared at me puzzled and said,” you are crazy.”

In homeopathy, birds of prey are described as fearless and as evolving between two realities, the material and the spiritual one. I’ve conducted hundreds of interviews in my life, and I do believe Norman Ohler is the first bird of prey to have landed on my recorder.

Are you a drug addict?

I had a stable childhood. I don’t smoke tobacco, drink very little alcohol, take no pharmaceuticals, so I’d rather say that my problem is to not be sufficiently addicted. That’s at least what some of my ex-girlfriends reproach me for - being emotionally unavailable. 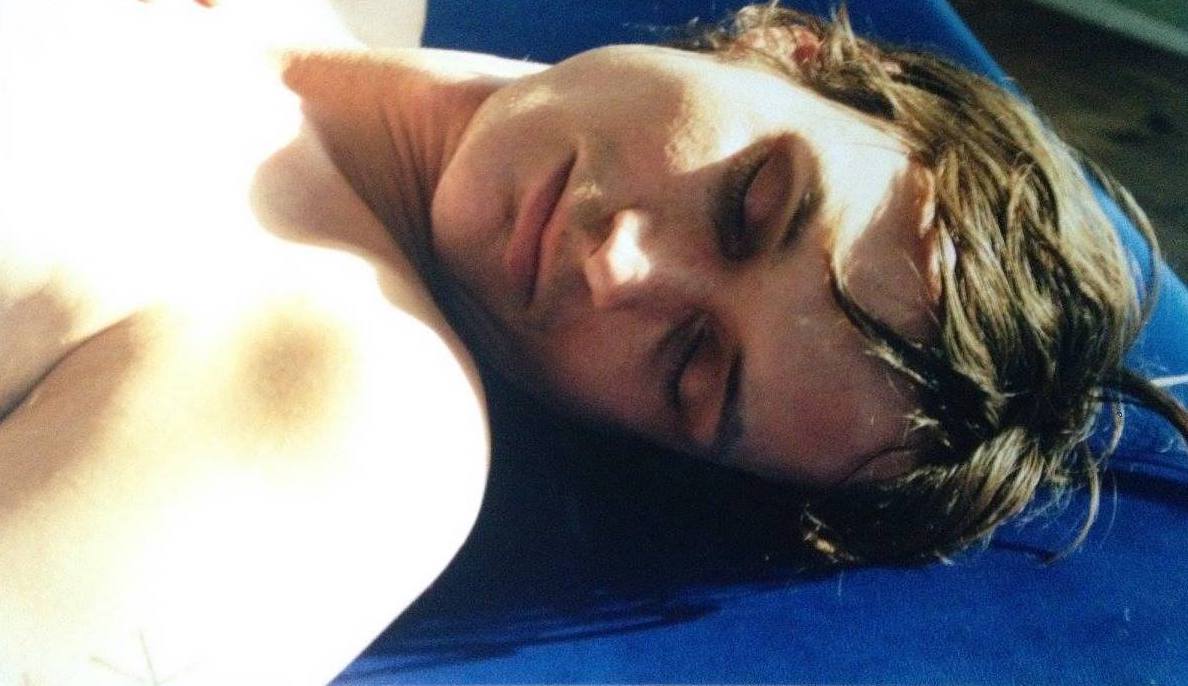 When did you decide to become a writer?

When I realized I would never play as well as Boris Becker. Boris Becker was my childhood hero. In Zweibrücken where I grew up, I’d play tennis all day long. When I lost 6-0, 6-0 against a boy at a regional tournament, who shortly thereafter lost 6-0,6-0,6-0 in the first round of Wimbledon, I realized I was done.

How old were you back then?

15, the age at which Boris Becker won Wimbledon. I gave up tennis and started reading like a maniac. I got particularly absorbed by Henrich Böll and Günter Wallraff, two critics of the German system. It’s thanks to them that I realized that art and literature could have a positive influence on a nation. They made me want to write too. After my Abitur and my social service, I went to the Hamburg School of journalism and started writing articles for Der Stern and Geo. Though I loved writing, I had difficulties coping with the journalistic format.

Because you always have idiots above you who are destroying your text by changing little things here or there, not understanding that it’s not only about the so-called content but mostly about the language, the style.

Whereas when you write a book, there is no one above you?

Writing a book requires something else, devotion. One needs to place the goal above everything else and leave aside anything that could be distracting. To give you an example, when I decided to write my first novel, a New York based detective story called Die Quotenmaschine, I was 23 and the first thing I did was to cut off communication with my parents. For two years, I hardly exchanged a word with them. This may seem harsh, and it actually is, but I knew it was necessary to reach a space of complete concentration. Once the book was finished, I invited them to New York where I was living back then, we reunited and celebrated the book release together. 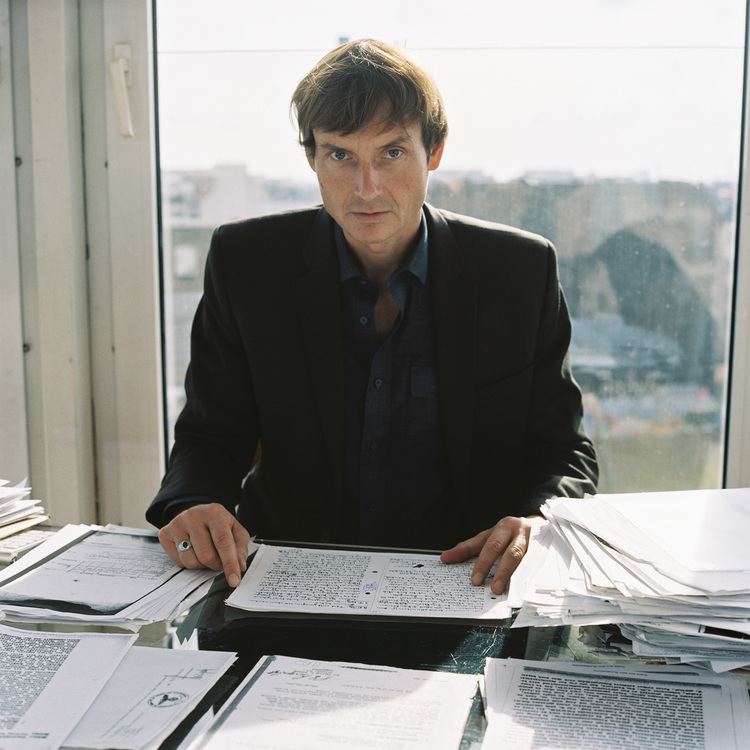 Do you have a writing routine?

I’ve tried very hard to achieve a Thomas Mann-like routine where I’d write every day from 8h30 to 14h, but I hardly ever succeeded. I suppose my lifestyle is too chaotic. I actually get most of my writing done during retreats, places where I isolate myself for weeks and enter what I call a writing tunnel. My favourite place in the world for this is the Nietzsche Haus in Sils Maria.

Because there is a frequency up there in which I become very productive. Different brain waves are triggered, deeper ones perhaps. I can reach a state of clarity which enables me to focus on the text, and feel what is right.

How does this clarity feel, metaphorically speaking?

Like flying. Pure bliss. It’s a space in which I lose touch with reality and that is better than anything in the world, excluding love perhaps. Well, it is love.

Are there other senses connected to this space ?

There is a discreet humming frequency, yes. One that is quite calm. Lots of light too. A bluish and golden light that shimmers, such as on the surface of the water. Sometimes, a sweet and faint smell of lilies and magnolias appears, but not always.

What would be the opposite of this space, or the sensation of pure bliss and clarity?

Contraction. A state which prevents expansion and fluidity. Contraction can be useful though, when one needs to be alert, when in danger of being attacked for example. Fortunately, this hardly ever happens in the Swiss Alps.

If you reach this state of clarity in Sils Maria, why don’t you move there?

Because these phases of intense writing, where I enter the writing tunnel, are disconnected from reality. Berlin, where I live and raise my children, is my connection to daily life - it’s the space in which my readers evolve as well as the ground on which I find the ingredients I need to write a book. 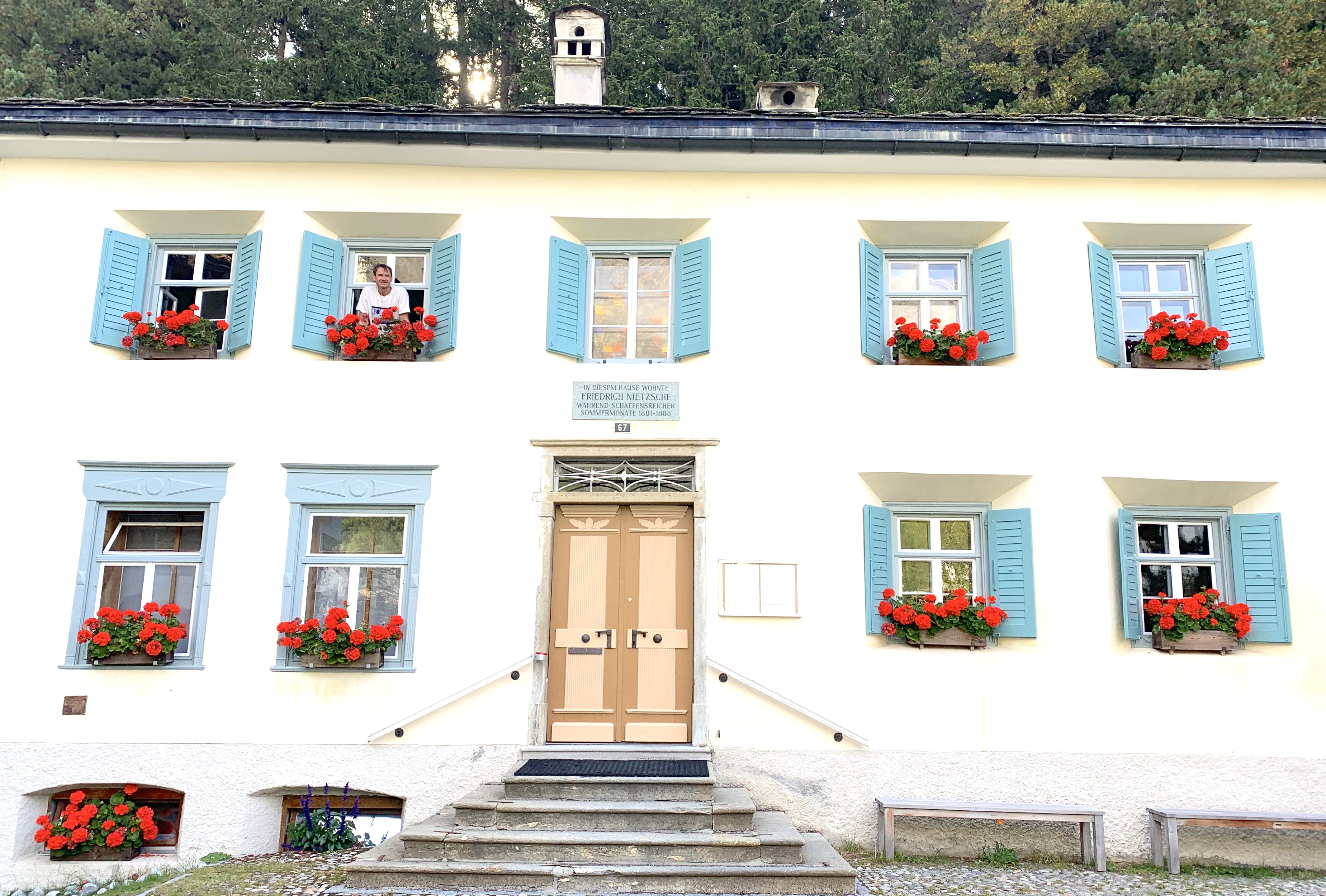 In 2015, you published Der Total Rausch (Blitzed in English) the first historical investigation that covers the consumption of drugs during the Third Reich. How did you choose or find this subject?

Through one of my oldest friends, Alex Kraemer, a DJ from Berlin’s “Club der Visionäre”, who happens to be extremely knowledgeable in history. A friend of his, an antique furniture shop owner, had purchased a medicine cabinet in an old East Berlin apartment. This cabinet carried sizable amounts of Pervitin packages that contained methamphetamine. The antique furniture shop owner had never heard of Pervitin but he for sure knew what methamphetamine was. Being a regular drug user, he tried some Pervitin with his partner and though the pills were 60 to 70 years old, their effects were supposedly quite pleasant. My friend Alex got totally absorbed by this story. He also tried the pills, did some research at home and when he realized that very little had had been written about the topic, he pressured me to investigate further. He told me, “Norman you have to write a book on how these Nazis who claimed to be pure and abstinent teetotallers were actually using the strongest stimulant on the planet.” He was totally right, and I owe him a lot in this regard.

Though controversial, Der Total Rausch became a reference among historians. Why has so little literature been produced on such an important theme as the consumption of drugs under the 3rd Reich?

I think you need to be a drug enthusiast to write a book on drugs. Hans Mommsen, who was the leading historian on National Socialism at the time as well as my mentor while I was writing this book told me, “We historians have overlooked this aspect of history because we don’t take drugs.”

Of course. I’m genuinely interested in how some substances influence our mind and actions. Yet, when I take drugs, it’s mostly for research and writing purposes. 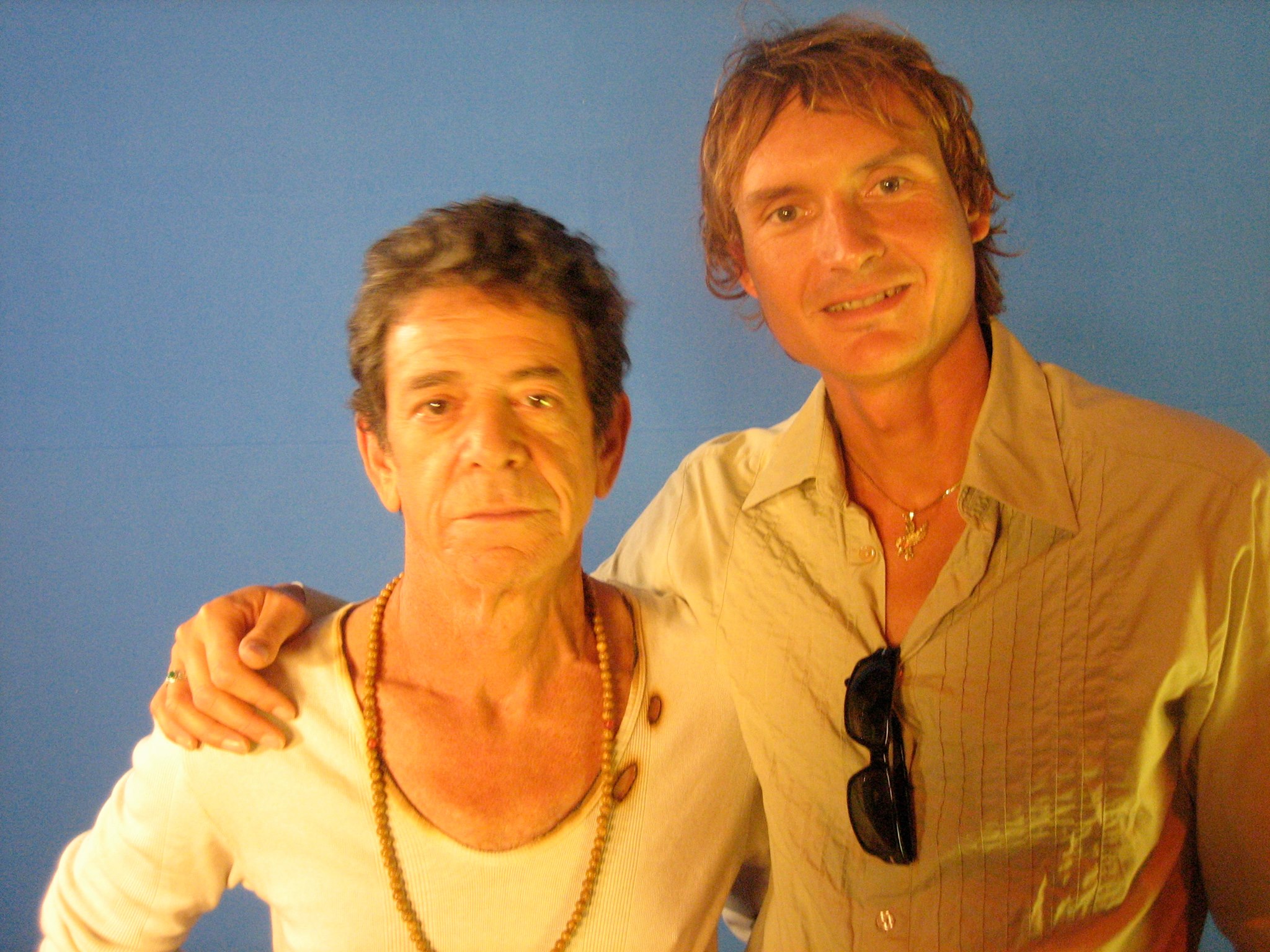 National Socialism is another theme you regularly explore through your work. Why?

My agent once told me that there were only two subjects for German-speaking writers that sold outside of Germany. Hitler and Heidi. I don’t know much about Heidi, but I for sure know quite a bit about Hitler. Having been born in Germany in the 1970s and discovering ,when I was a teenager, that my grandparents had participated, at least indirectly, in the Holocaust, had a deep impact on my upbringing. I think that even more so than my insufficient talent in tennis, the incomprehensibility of my family’s role in the horrors of the Third Reich made me become a writer.

What did your family do?

One needs to keep in mind that the Holocaust wasn’t just Eichmann, Himmler and Hitler. It was hundreds of thousands of people. When my grandfather who worked as a railroad engineer installed the tracks on his post in occupied Czechoslovakia, he was also installing the tracks that carried the Jews to their deaths.  Did he know? He was surely aware that something illegal was happening, when he would, for instance, see a child’s hand reach out of the ventilation slit of a freight train. Yet, he didn’t do anything about it. 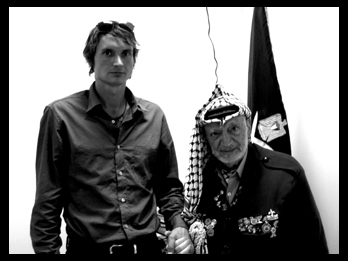 If you could reincarnate, where, when, and in what form would you choose to come back?

I have the impression I have reincarnated so many times already. I was a mystic in India, someone in Egypt but I still haven’t figured out who, I was in Tibet, surely also in Nazi Germany. If I could choose today, I’d come back as John Lennon, but without the assassination. Ja, that day, I’d just stay home and watch TV.

If you were a philanthropic billionaire, into which cause would you throw your money?

I would fund research that examines whether micro dosages of LSD might help in the prevention, and possible healing of Alzheimer’s disease, an ailment my mother is suffering from. In parallel, I’d invest in abolishing smartphones.